HomeNewsFormer India captain MS Dhoni has been accused by a cricketer of...
News 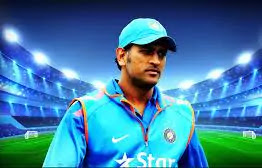 Cricket News: An Indian player makes Huge Allegations about MS Dhoni: Former India captain Mahendra Singh Dhoni has been accused by a cricketer of not giving him a chance in his captaincy. This cricketer has also claimed that his career was ruined due to not getting a chance in Team India. This cricketer has recently announced his retirement from international cricket.

Yes, my friends, we are talking about Team India’s former fast bowler Ishwar Pandey, who has recently taken retired from all formate cricket. After retiring, this cricketer has vented his anger and has also made many against former captain Mahendra Singh Dhoni. Ishwar Pandey says that if Dhoni had shown a little more faith in him and given him some chances, his career would have been different.

This cricketer created a sensation in Indian cricket with his statement,

Ishwar Could not play in International cricket for Team India,

Friends, Let us tell you that Ishwar Pandey has never been able to play for Team India in international cricket, but his performance in the IPL has been excellent. Ishwar Pandey took 18 wickets in 25 matches of IPL while taking 263 wickets in 75 first-class matches. Ishwar Pandey got a place in the Test team on the tour of New Zealand in the year 2014, at that time Dhoni was the captain, but Dhoni did not give him a chance to Ishwar Pandey.